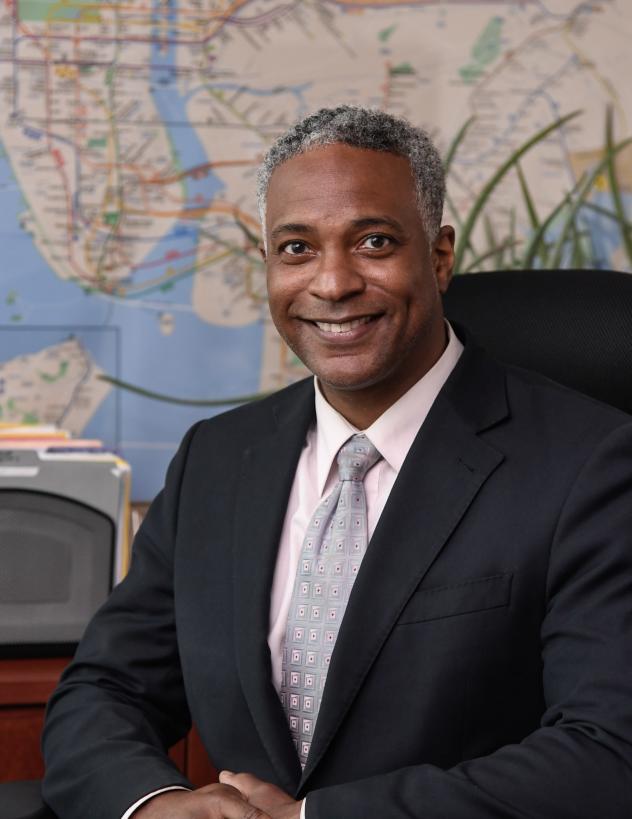 Demetrius Crichlow is a lifelong New Yorker who started his career with the MTA in 1997 as an assistant signal maintainer at the Long Island Rail Road, rising through ranks at the LIRR to become Train Movement Supervisor overseeing operations at Penn Station Central Control. In 2007 he transferred to MTA Headquarters to become Special Assistant for Operations for then Chairman and CEO Lee Sander.

While Crichlow started his career at the LIRR, his father — who retired as a car inspector for Subways — had always hoped he would continue the family tradition of working at NYCT. When Crichlow became Deputy General Manager for the subway line, it solidified three generations of service that began with his grandfather.

Crichlow has since been asked to take on positions of increasing management and system responsibility in subway operations. He served, among other roles, as the deputy General Manager for the L Line, as General Manager of the 2, 3, and 7 lines, Chief Officer of Field Operations for the subway, Chief of the Rail Control Center, the centralized subway dispatching office, and Vice President and Chief Officer of the Staten Island Railway. He then rose to Acting EVP and COO followed by Acting SVP prior to his appointment as Senior Vice President of Subways, where he is now leading efforts for across-the-board service improvements and a better customer experience with projects such as station refreshes.

Crichlow is married and has three children.