Skip to main content
Schedules Maps Fares & Tolls Planned Work
Bronx local bus routes change June 26
The Bronx Local Bus Network Redesign takes effect Sunday, June 26. Your route may change as we implement improvements to streamline your journey. Plan ahead by using the Trip Planner.
Updated June 24th at 10:20am
Get more info and see how your route may change.
We have detected you are using an out-of-date browser. We no longer support this browser, so parts of the site might not work as you expect them to. We recommend updating your browser to the latest version. 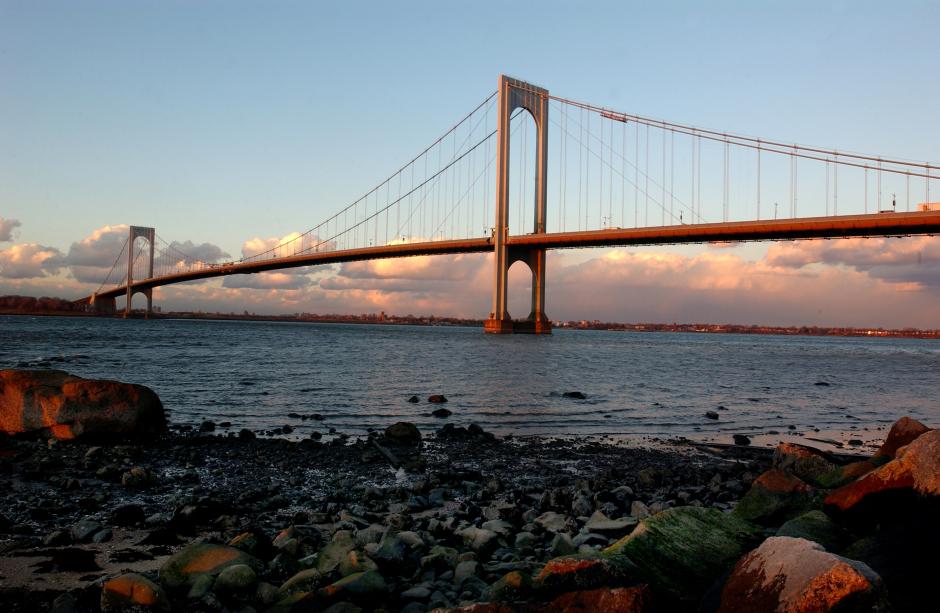 Before the Bronx-Whitestone Bridge opened on April 29, 1939, the Robert F. Kennedy Bridge (formerly Triborough), five miles to the west, provided the only vehicular connection between Queens and the Bronx. The Bronx Whitestone opened to traffic a mere 23 months after the awarding of its first construction contract so that motorists could cross it on April 30, the opening day of the 1939 New York World's Fair in Flushing Meadow Park.

Today, the bridge looks as modern and elegant as when it served as the gateway to the fair's "World of Tomorrow." As part of the massive bridge project two major recreational areas were developed, Ferry Point Park in the Bronx and Francis Lewis Park in Queens.

The bridge spans the East River. On the Bronx side are the residential communities of Unionport and Schuylerville and connections to the Hutchinson River Parkway, the Bruckner Expressway, and the Cross Bronx Expressway. On the Queens side are the residential communities of Whitestone and Malba and connections to the Cross Island Parkway and the Whitestone Expressway.