The Interborough Express is a transformative rapid transit project that would connect currently underserved areas of Brooklyn and Queens. It would substantially cut down on travel times between the two boroughs, reduce congestion, and expand economic opportunities for the people who live and work in the surrounding neighborhoods.

The project would be built along the existing Bay Ridge Connector, a 14-mile freight line that extends from Bay Ridge, Brooklyn, to Jackson Heights, Queens. It would create a new transit option for close to 900,000 residents of the neighborhoods along the route, along with 260,000 people who work in Brooklyn and Queens. It would connect with up to 17 different subway lines, as well as Long Island Rail Road stations, with end-to-end travel times anticipated at around 40 minutes.

Using the existing rail infrastructure means the Interborough Express could be built more quickly,  regardless of the mode of transit chosen for the project. It would also preserve the Bay Ridge Connector’s use as a freight line, providing an opportunity to connect to the Port Authority’s Cross-Harbor Freight Project. 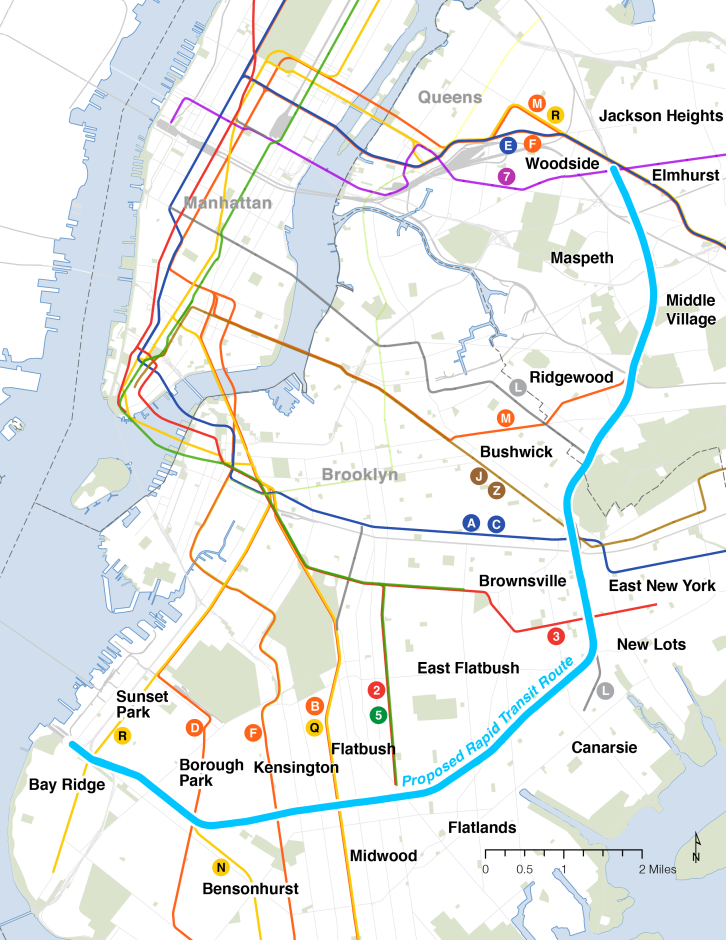 In January 2022, Gov. Kathy Hochul directed the MTA to begin the environmental review process for the Interborough Express, and identify the best mode of transit for the project (heavy rail, light rail, or bus rapid transit). A feasibility study was released in late January.

Next, we will seek input from community members, elected officials, and other stakeholders to determine the best mode of transit for the project. Then, we will begin the state and federal environmental review process.

Gov. Hochul has also directed the Port Authority of New York and New Jersey to complete an environmental review for a cross-freight rail tunnel, which could potentially link with the Bay Ridge Connector freight line.